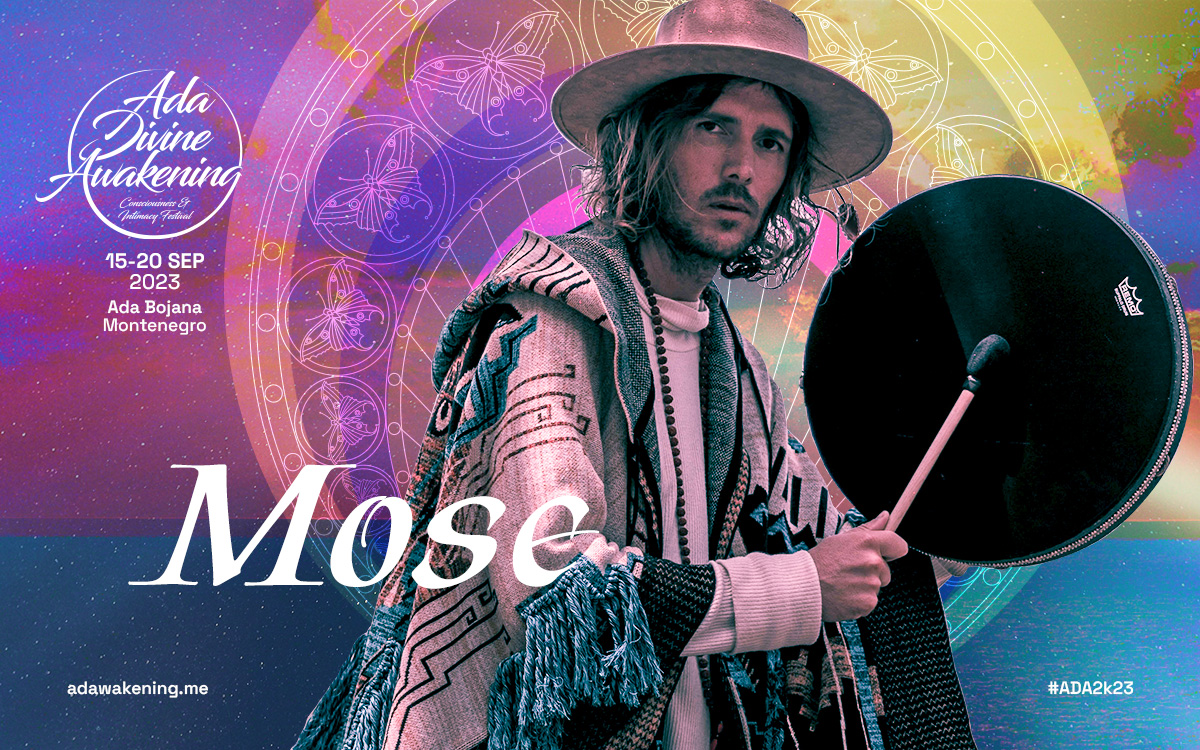 The first name to join Ada Divine Awakening festival 2023 is here! The leading consciousness music performer Mose is coming to Ada Bojana to take you for a spin through introversion and your own little universe, with music, chants, cacao ceremonies, improvisation and so much love and gratitude.

The unique performer and producer Mose will be coming to ADA followed by a unique multicultural sound and with special warmth as he chants for love, kindness, gratitude and compassion. Coming from Guatemala, from the beautiful volcanic crater lake of Atitlan, where traditional cacao ceremonies, kirtan and ecstatic dances are part of the culture, these also had a great impact on him as a performer, so that is exactly what he is bringing. He has a special way of leading the audience on a journey of self discovery and soulseeking, and is known to improvise when he connects to a certain place and time. He will be bringing so much bliss to sacred grounds of Ada Bojana, and if possible, will make the isle even more magical.

He is guided by love and tradition, and the music he makes comes to him completely naturally. His attitude towards creation, self awareness and self discovery is merely beautiful, which makes him the perfect person to set the tone for next year’s ADA.

The third edition of Ada Divine Awakening will be held from 15th to 20th of September in the beautiful, untouched isle of Ada Bojana. In the past two editions, ADA was a host to over 80 facilitators and artists such as Devi Mohan, Henry Amar, Gina Ora Yoli, Mayara,  Aviv Shalem Asis, Hannah Knight, Xavier De Forceville, Aaron Kleinerman, Luba Evans, LAOR, Joseph Pepe Danza, Praful and many others.

This is only the beginning, ADA 2023 is getting ready to take off into another dimension and with new names coming very soon, the journey will be even better.