Testimony of Love and Freedom on the Eve of the Ada Divine Awakening Festival: The Festival Releases a Music Video for the Song “Ako znaš bilo što (If There’s a Song You Know)”

Home » Testimony of Love and Freedom on the Eve of the Ada Divine Awakening Festival: The Festival Releases a Music Video for the Song “Ako znaš bilo što (If There’s a Song You Know)” 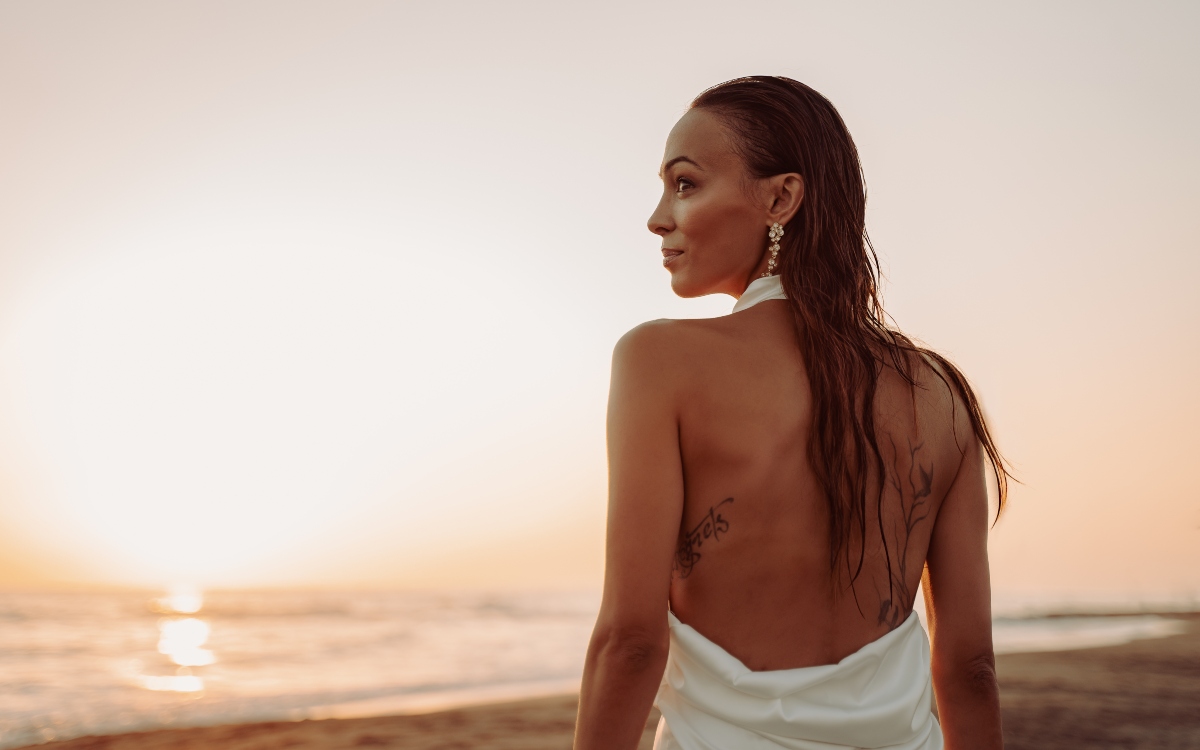 In anticipation of its second edition, the Ada Divine Awakening festival released a music video by the talented Serbian singer Milica Majstorović for the song “Ako znaš bilo što,” a cover of the classic originally performed by the legendary band Azra. In this fantastic interpretation of Štulić’s song, Milica Majstorović brought incredible energy and unique tenderness, which can be seen in the video recorded at last year’s first edition of the Ada Divine Awakening festival. The shots that ended up in the video are a perfect testimony to the love, bliss, peace, and freedom that the festival brought. This is the mission that Ada will continue in its new edition, from 13th to 18th September, at the magical Ada Bojana in Montenegro.

Singer and actress Milica Majstorović made herself known to a wider audience in 2009 when she participated in the TV talent show “Operacija trijumf”. Her indisputable talent and charisma won the audience’s hearts at the time, and she remains equally masterful today, both in the theatre and on the music stage. Last year, Milica Majstorović performed at the festival’s first edition, and this year her rendition of the song “Ako znaš bilo što” is the unofficial anthem of Ada Divine Awakening.

Through social networks, Milica Majstorović thanked everyone who made it possible for her to perform this song, and she expressed special gratitude to Dušan Kovačević, who came up with the idea for this collaboration. Azra’s album “Filigranski pločnici“, on which this track was initially released, will thus be heard on one of the most fascinating beaches of the Adriatic.

This year’s edition of the Ada Divine Awakening festival will take place at the magical Ada Bojana from the 13th to the 18th of September. It will gather more than 40 world-leading educators, coaches, healers, and therapists in partnership, consciousness, sexuality, and personal development. ADA is the region’s first consciousness and intimacy festival, and “Reclaim Your Power“ is the participants’ motto and guiding star this year.

Hundreds of people will gather in one of Europe’s most vibrant and beautiful destinations for a six-day intensive personal transformation programme. More than 80 workshops will be completed by lecturers such as Devi Mohan, Henry Amar Mayara, Una Senić, Alisa Gurova, Julia Krakova and many others, who will help the visitors initiate a process of entering their essence and regaining their power.

“Conscious dancing,” “Unleashing abundance in relationships,” “Zen & Tantra,” “The art of conscious relating,” and “One divine love” are just a few of the workshops announced so far, with the entire programme to be announced very soon!

Božo Vrećo, LAOR, Praful, Joseph Pepe Danza and many others will be in charge of the musical side of the programme.

Packages priced at €359 are on sale until September 5th!

A limited number of packages will be sold in Montenegro and the region at a promotional price of €359 until September 5th. The package includes five nights in the FKK “Ada Bojana” resort. All information about the festival can be found on the website adawakening.me, where you can choose your preferred package.